Francesco Musante was born in Genoa on 17 February 1950; in the same city, he finished high school with a diploma in art and then went on to graduate from the local campus of the Academy of Fine Arts in Turin. He later attended courses at the University of Genoa’s philosophy department and painting courses at the Academy of Carrara. At present, he lives in the town of Sori (Genoa).
He has held over four hundred solo shows and has exhibited in numerous group exhibitions including the “Jeune Peinture” at the Grand Palais in Paris in various years; he was also featured at the “The Artist and the Book in the 20th Century” exhibition staged by the Museum of Modern Art, New York, and the Guggenheim Foundation, Venice, and at the 8th ‘Internationale Triennale Engagierter Grafik’ international graphic arts triennial held in Berlin, in the former German Democratic Republic.
Musante has illustrated several books and in 2007 he collaborated on the creation of the theme song and the set design for Zelig (a comedy show broadcast on a national Italian television network), incorporating his characters into the production.
2011 – Fantasticarte. Cassa di Risparmio di San Miniato (bank). San Miniato. Catalogue
curated by Nicola Micieli.
2013 – Musante designed a 100 m2 house sculpture for Telecom Italia:
this travelling installation went on display in various cities from the summer onwards,
on a tour of Italy that included Genoa, Bari, Pisa, Milan, and Bologna.
2014 – Solo show held in Castelfiorentino, at the BeGo – Benozzo Gozzoli – Museum and at San Carlo Oratory
In 2011 (with replicas in 2017 and 2019) – Musante created the sketches for the sets and costumes for “La Bohème” at Genoa’s Carlo Felice theatre. 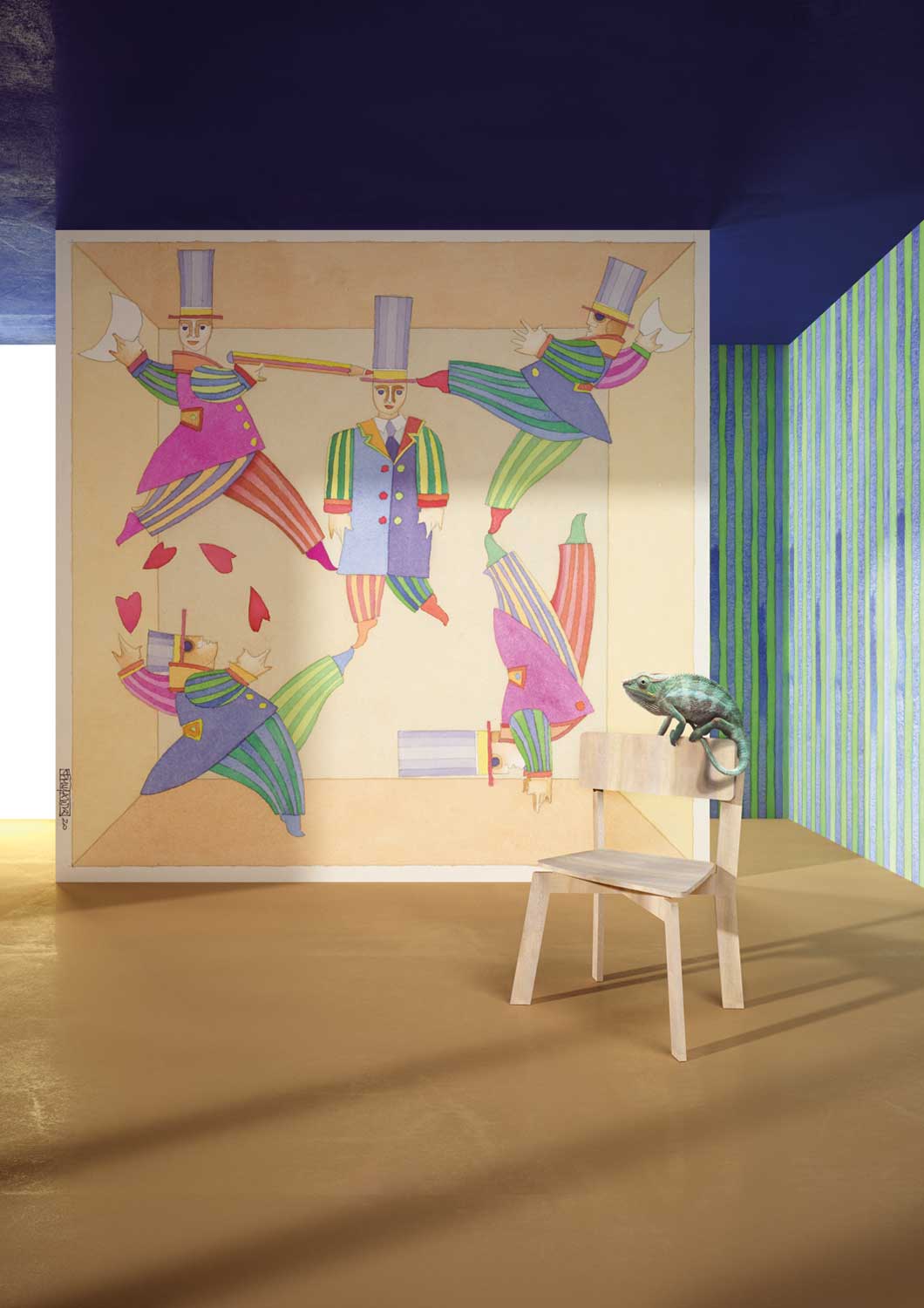